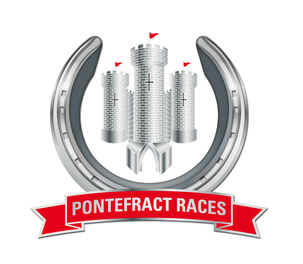 Sorry, no events are available at Pontefract Racecourse at the moment.

Where to be for the best views

The most cost effective Enclosure is the Picnic Enclosure!

With a large expanse of grass, this area is normally packed out on Sunday race meetings with families enjoying a picnic, children's rides, bouncy castles and the like!

It's open on every day and is especially popular with racegoers who like to bring their car in to the Course and park up next to the rails! There's a tea bar and fast food units in this area!

How to find us

There is a fourth station at Glasshoughton which is by the Xscape complex which is a couple of miles from the Racecourse.

Pontefract Tanshelf is more or less opposite the entrance to the Park, whereas Monkhill and Baghill are fairly centrally located in Pontefract and would be 2 to 3 miles from the course.

There is a bus stop just outside Pontefract Park.

We would recommend the following local taxi companies should you require a taxi to the Racecourse:

All car parking is free of charge and is in the Park itself.

Dress Code in the Premier Enclosure only – smart casual, no scruffy jeans, shorts or tshirts

Racing is recorded as having taken place in Pontefract as early as 1648, just before the local Castle was taken by the forces of Oliver Cromwell. Races were held in the meadows near the town but these were discontinued by 1769. The townsfolk restarted the sport in 1801 and it has continued ever since. In 1827 the races were held in September and reported as being very fashionably attended. While it cannot "claim to be one of Yorkshire's major courses” it was used for some major races during World War II when other courses were out of action. Pontefract installed a photo finish in 1952 and was also the first English course to have a dope testing facility. The course traditionally began its afternoon race meetings at 2.45 pm - later than most other courses - so that miners at the adjacent colliery could finish the morning shift in time to go racing. This remained the case until the colliery closed in 2002. Today the racecourse is left-handed undulating course with a sharp bend into the home straight. Horses drawn low usually have the advantage. The final 3 furlongs of the track are uphill, making it quite testing. The course was originally a horseshoe of 1 1/2 miles, but in 1983, it was converted into a full circuit of about 2 miles. This made it one of the longest continuous flat racing circuits in Europe and allowed it to stage one of the longest races in the calendar at 2 miles 5 furlongs 133 yards.

By browsing this site you accept cookies used to improve and personalise our services; if you click 'Accept & Close' we will also use cookies to personalise advertising on other sites.
Read our updated privacy policy for more about what we do with your data, as well as your rights and choices.